LFV, Air Navigation Services of Sweden, and the airport company Swedavia, have signed an agreement that establishes air traffic service (ATS) from a remote position at four Swedavia airports. Concerned airports are Kiruna Airport, Umeå Airport, Åre Östersund Airport and Malmö Airport.  “With the agreement between LFV and Swedavia, a major step towards digitalisation and the streamlining of air navigation services in Sweden is taken. Swedavia is LFV’s largest airport customer and supporting the development of Swedavia’s capabilities and business has the highest priority for LFV,” remarks LFV’s Director General Ann Persson Grivas.“Innovation and digitalisation are important elements for the further development of airport operations. The preliminary study which was conducted shows improvements in both technology and coordination, as well as efficiency improvements which are made possible by a remote-controlled air traffic control,” says Jonas Abrahamsson, President and CEO of Swedavia. LFV was the first in the world with air traffic service from a remote position, or Remote Tower Services (RTS) as it is sometimes referred to. The Remote Tower Centre in Sundsvall was opened in April 2015 for air traffic management of Örnsköldsvik Airport from a remote location. One year later, LFV and Swedavia signed a letter of intent to investigate the preconditions for air traffic service from a remote position at some of Swedavia’s airports.A joint Remote Tower Centre for air traffic service from a remote position at the four airports will be located at Stockholm Arlanda Airport in connection with LFV’s current air traffic control centre.“Remote Tower Services is a good example of how LFV works with smart solutions for tomorrow’s aviation. With the establishment of air traffic service from a remote position at four more airports, Sweden and LFV continue to be world-leading in digitalisation of for air traffic navigation services,” says Ann Persson Grivas. “Constantly striving to improve and make operations more efficient and effective using new technology and digitalisation is the best way to secure the successful development and survival of these airports”, says Jonas Abrahamsson.For more information, contact LFV’s press office at +46 (0) 11 19 20 50 or Swedavia’s newsroom or press office at +46 (0) 10-109 01 00.  LFV is Sweden’s leading air navigation service provider with associated civil and military aviation services. LFV is also involved in developing the European airspace via joint collaboration in various forms. LFV has extensive experience with offering airline consultancy services in the international market within the air transport sector. With a focus on research and development, LFV offers smart solutions for the aviation of the future. LFV is the first in the world with air traffic service from a remote position, a brand-new way of managing air traffic, which has attracted significant attention internationally. LFV has 1,100 employees and annual sales of SEK 3.1 billion.Swedavia is a Swedish Group that owns, operates and develops a network of 10 airports all across Sweden. Our role is to establish the accessibility needed by Sweden to facilitate travel, business and meetings. Satisfied and reassured travellers are the foundation of Swedavia’s business. Swedavia is world-leading in the development of airports with the least possible climatic influence. The Group has annual sales of over SEK 5.5 billion, and has 2,800 employees.Facts about remote tower services 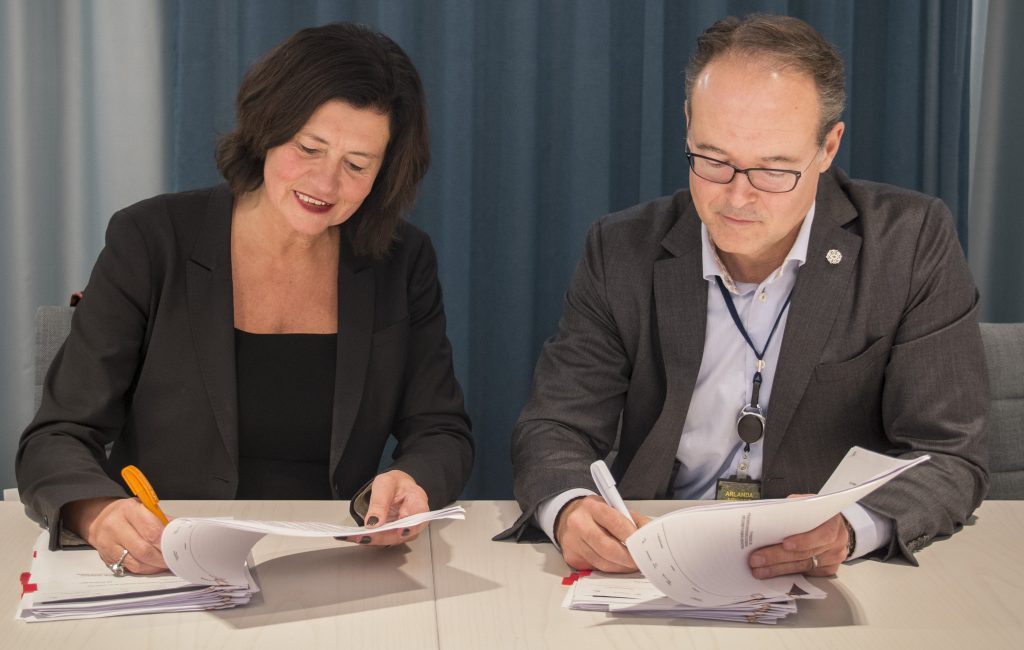 Ten million kronor for aviation industry research 28 October, 2021 Mid Sweden University has been granted ten million kronor by VINNOVA for further research on the airport of the future. In addition, Mid Sweden University and LFV sign a collaboration agreement on research on air traffic control and airport operations. Read More >
Belgium chooses Saab’s solution for remote-controlled air traffic control 28 September, 2021 Belgium’s leading player in air traffic control, skeyes, has chosen Saab Digital Air Traffic Solutions (SDATS) as a supplier for a long-term framework agreement for Belgium’s remote air traffic control implementation program. Read More >
LFV has been commissioned to carry out a review of the lower airspace 22 September, 2021 LFV has been commissioned by the government to propose how the airspace below 2900 meters should be designed to create better conditions for more environmentally friendly flights to Swedish airports. Read More >
View more news >